ZUG, Switzerland and CAMBRIDGE, Mass., Oct. 07, 2020 (GLOBE NEWSWIRE) -- CRISPR Therapeutics (Nasdaq: CRSP), today announced Professor Emmanuelle Charpentier, CRISPR Therapeutics’ co-founder, has been awarded the 2020 Nobel Prize in Chemistry for her groundbreaking work on the CRISPR/Cas9 system. Professor Charpentier co-founded CRISPR Therapeutics together with Rodger Novak and Shaun Foy. She is Founding, Scientific and Managing Director of the Max Planck Unit for the Science of Pathogens and Honorary Professor at Humboldt University, Berlin, Germany. The prize was also awarded to Jennifer Doudna, Professor of Molecular and Cell Biology and Professor of Chemistry at the University of California, Berkeley and Investigator of the Howard Hughes Medical Institute.

“The entire CRISPR Therapeutics team would like to extend our heartfelt congratulations to Professor Emmanuelle Charpentier on becoming a Nobel Laureate,” said Samarth Kulkarni, Ph.D., Chief Executive Officer of CRISPR Therapeutics. “Professor Charpentier’s fundamental contribution to the discovery of CRISPR/Cas9 has laid the foundation for our work here at CRISPR Therapeutics, which is focused on developing transformative gene-based medicines with the potential to cure serious human diseases. We are incredibly proud and applaud her for the prestigious recognition she has received for her pioneering work.”

“Receiving the prestigious Nobel Prize, the highest distinction in science, is an extraordinary honor. I am very grateful and truly moved to receive this recognition for our work on the CRISPR/Cas9 system,” said Professor Emmanuelle Charpentier. “My thoughts go to my former lab members who have contributed significantly to the deciphering of the CRISPR/Cas9 mechanism in bacteria. This award obviously underscores the importance and relevance of fundamental research in the field of microbiology. I am truly amazed at the speed at which CRISPR research and applications in so many diverse areas of the life sciences have developed in recent years,” explained Emmanuelle Charpentier. “My most sincere acknowledgments to Rodger Novak, Samarth Kulkarni, the executive team, scientists and all members of CRISPR Therapeutics for their efforts and commitment to further develop the CRISPR/Cas9 technology as gene-based medicines to treat serious human diseases.”

In the announcement from the Royal Swedish Academy of Sciences, Professor Claes Gustafsson, Chair of the Nobel Committee for Chemistry commented on Professor Charpentier and Professor Doudna’s groundbreaking work: “There is enormous power in this genetic tool, which affects us all. It has not only revolutionized basic science but also resulted in innovative crops and will lead to groundbreaking new medical treatments.” He added: “The enormous power of this technology means that we need to use it with great care. But it’s equally clear that this is a technology and method that will provide humankind with great opportunities.”

About Emmanuelle Charpentier
Emmanuelle Charpentier is considered a world-leading expert in regulatory mechanisms underlying processes of infection and immunity in bacterial pathogens. She is Founding, Scientific and Managing Director of the Max Planck Unit for the Science of Pathogens and Honorary Professor at Humboldt University, Berlin, Germany. She co-founded CRISPR Therapeutics together with Rodger Novak and Shaun Foy.

Emmanuelle Charpentier studied biochemistry, genetics and microbiology at the University Pierre and Marie-Curie (now Sorbonne University) in Paris, where she received her Ph.D. in microbiology for her research performed at the Pasteur Institute. Following her studies in France, she spent more than five years working in the U.S., where she held research associate positions in New York at the Rockefeller University, New York University Langone Medical Center and Skirball Institute of Biomolecular Medicine, and in Memphis, TN at the St. Jude Children’s Research Hospital. In 2002, she moved back to Europe to lead her first independent research group as Guest, Assistant and Associate Professor at the Max F. Perutz Laboratories (now Max Perutz Labs), University of Vienna, Austria where she habilitated in Microbiology in 2006. 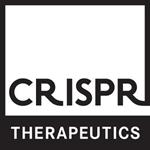