Co-Founder and Scientific Advisory Board Member

Dr. Emmanuelle Charpentier co-founded CRISPR Therapeutics together with Rodger Novak and Shaun Foy. She is Founding, Scientific and Managing Director of the Max Planck Unit for the Science of Pathogens and Honorary Professor at Humboldt University, Berlin, Germany. Prior to joining Max Planck, Emmanuelle was awarded an Alexander von Humboldt professorship at the Helmholtz Centre for Infection Research in Braunschweig, where she headed the Department of Regulation in Infection Biology, and was a Professor at the Hannover Medical School. For many years, she oversaw research groups at Umeå University in Sweden and the University of Vienna in Austria. She received her education in microbiology, biochemistry and genetics from the University Pierre and Marie Curie and the Pasteur Institute in Paris, France and continued with a post-doctoral training in several academic institutions in New York and Memphis, USA.

Emmanuelle’s seminal research unveiled the key mechanisms of the CRISPR-Cas9 technology, laying the foundation for the use of CRISPR-Cas9 as a versatile and precise gene-editing tool. Numerous awards have recognized her work, including the Breakthrough Prize in Life Sciences, the Gruber Foundation International Prize in Genetics, the Kavli Prize in Nanoscience, the Japan Prize, the Leibniz Prize, the BBVA Foundation Frontiers of Knowledge Award, the Carus-Medal of the German National Academy of Science Leopoldina and the L'Oréal-UNESCO for Women in Science Award, among many others. TIME also recognized Emmanuelle as one of The Most Influential People in 2015. 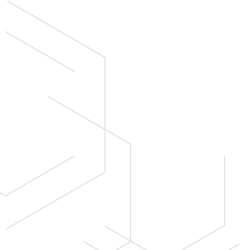